One big development has occurred this week. The little guy has officially started crawling on all fours. No more getting around by inching forward and rolling. Once he tackled that skill, he was on to attempting to pull himself up. Last night, for the first time, he made it past his knees and used the couch to pull up to standing. He was pretty proud of himself. He also had 2 teeth come through (in the same day)! I’m waiting for tooth number 8 to come in, before I let myself get too excited.

The Valentine’s treasure hunt using picture clues was a hit! It took our daughter the first two clues to really understand what was going on and after that she took off running. She wanted it to keep on going. I suppose that might have had something to do with the little goodies she kept finding.

After a whirlwind weekend, I’m looking forward to a (hopefully) quieter week. 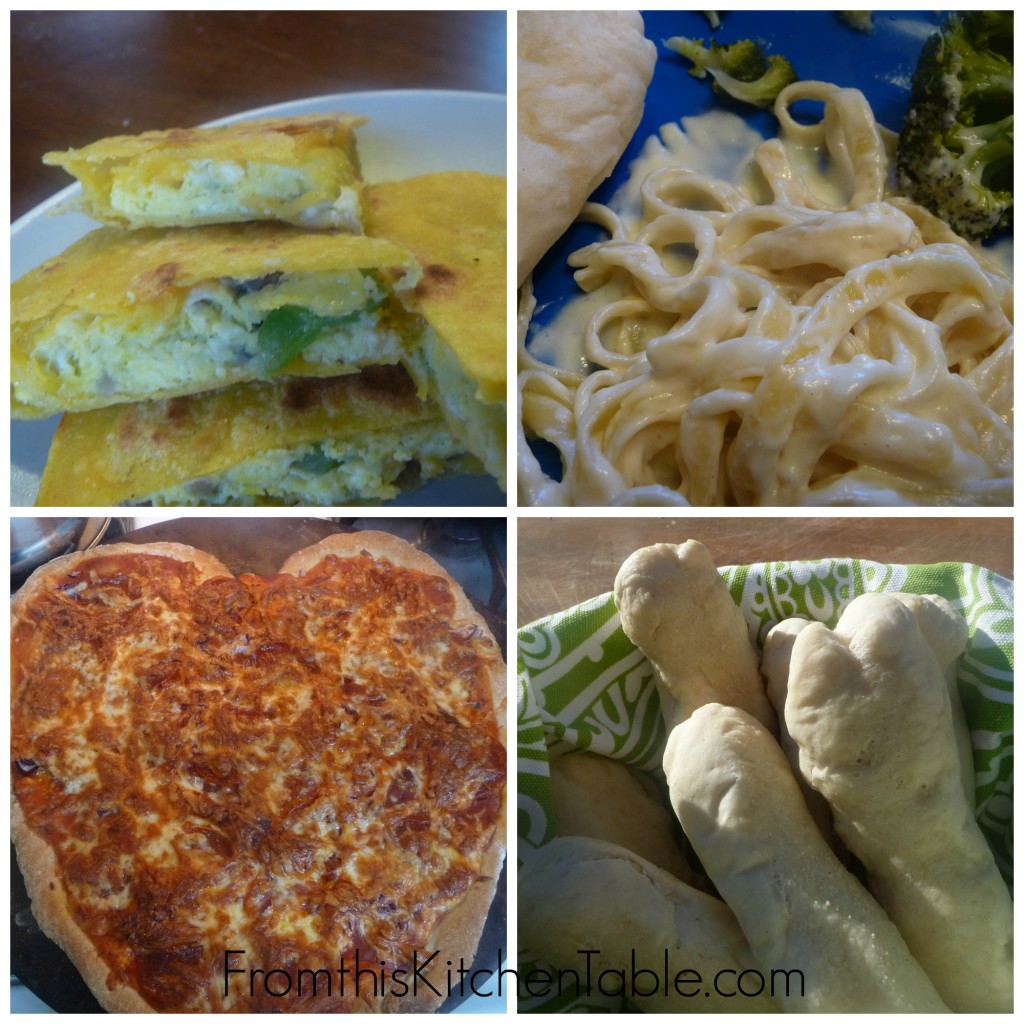 What do you have going on this week? Anything fun on your menu?

Linking up to Menu Plan Monday

8 thoughts on “Menu Plan and Goals”